What is its history?

What is its history?

The Role of the Adrenal Glands

Since the 1800’s scientists have studied the role of the adrenal glands. At that time, Englishman Thomas Addison discovered a fatal disease caused by lesions of these glands, underlining their importance to the human body. Addison’s Disease is a condition in which the patient suffers from insufficient production of hormones (cortisone) by the adrenal glands. 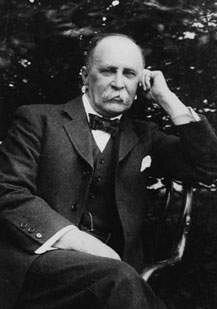 In 1896, William Osler found that one could treat this disease using extracts of adrenal glands from animals.

The Role of Corticosteroids

In 1933, a team of American chemists succeeded in isolating cortisol within extracts from the adrenal glands of animals. For the first time, a patient suffering from rheumatoid arthritis was treated with the cortisone issued from these animal’s glands. Soon after, the team observed a remarkable improvement in the patient’s health. Afterwards, several other patients were treated with similar results. Although patients were not cured, their symptoms mostly disappeared. At that time, certain people in the medical world already underlined the frequent side effects of this treatment. In 1950, despite these negative views, the doctors and chemists responsible for the discovery of cortisone received the Nobel Prize in medicine and physiology.

During the 1950’s, the potential for corticosteroid therapy expanded. After its initial success in treating rheumatoid arthritis, cortisone was used to successfully treat a range of other diseases as well.